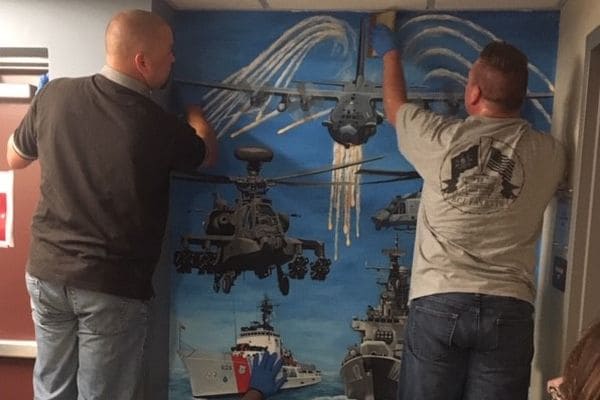 Staff from the State Correctional Institute (SCI) of Fayette Came to City Mission to Install the Canvasses - Previously Painted by Inmates.

Two beautiful, new murals were installed yesterday at the Crabtree-Kovacicek Veterans House.  Five staff members from the State Correctional Institute (SCI) of Fayette came to City Mission to install the canvasses, which had been previously painted by inmates.

“We started the mural arts workshop in April of 2016,” said Jeff Bigam, the Activities Manager at SCI.  “We currently have 11 guys in the program.”  All of the murals are painted in a workshop next to Bigam’s office.  “It’s a good process,” Bigam explained, “The guys are allowed in the workshop whenever I’m in my office, so they have supervision right there.  Everything gets painted in the workshop instead of taking the inmates out to paint.”

Once the murals are finished, the canvasses are installed at various locations throughout the facility.  “This is our first donation to the community,” Bigam said of the two military murals that now reside at the ends of the two hallways of the veterans’ dormitories.  “It took a couple of months to paint these.  The guys really care about the work that comes out of the workshop.”

The murals depict, in vivid color and stunning detail, all five branches of the military and represent the honor, perseverance, and unity of the men in the Crabtree Kovacicek Veterans House. “All of the residents think the murals are amazing,” said Steve Adams,City Mission’s Manager of Veterans Services.

Thank you, SCI Fayette, for donating such a unique, thoughtful, and beautiful gift.  And thank you to the inmates for reaching out and giving of your time and talent to our veterans.  It is a gift they will never forget! 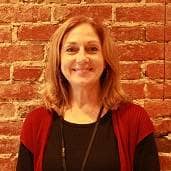 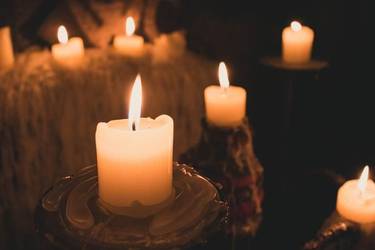 This post chronicles the names of donors and their dedications to both honor and memorialize individuals as a celebration of their respect, love and admiration. Each of the buttons below links to sheet which lists our donors who have made contributions in-honor-of or in-memoriam-of. City Mission assembles these names and document them here so that we may show our appreciation to all the parties. 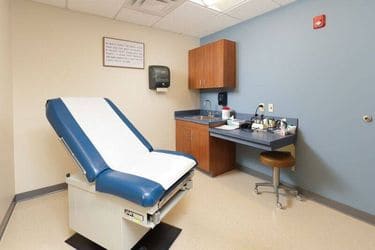 “This collaboration is a dream come true,” Leah Dietrich, City Mission’s Director of Residential Programs, said of their new collaboration with Centerville Clinics. “Many of our residents come to us with complex medical issues and need help to work through them and get to the root of the issue, which requires follow-up and active care. 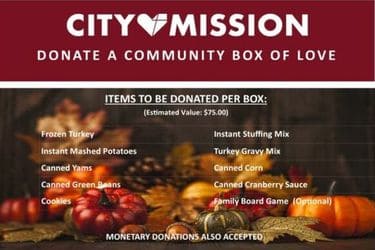 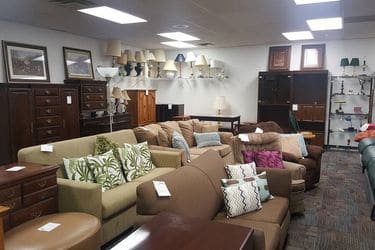 City Mission Thrift Stores are a critical mission asset, taking donations and helping our community by offering great deals on clothing and other items. But, first and foremost, proceeds from our stores keep City Mission doors open to transform lives from homelessness to independent living! Our Thrift stores offer quality items at bargain prices and by accepting your donations it helps remove clutter from our homes. “Thrift with a Purpose” is real at our thrift stores! Here are examples of how you help City Mission residents - while enjoying exceptional deals whether shopping or providing item donations. 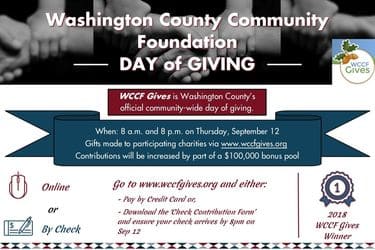 Between 8 a.m. and 8 p.m. on Thursday, September 12, all gifts made to participating charities via www.wccfgives.org and all designated WCCF Gives check contributions received by 8 p.m. on that day will be increased by part of a $100,000 bonus pool. The minimum contribution is only $25, but donors are welcome to give as much and to as many participating charities as they would like. You can share in the excitement of this special event by supporting City Mission through WCCF Gives.

Healing Through Chiropractic at City Mission 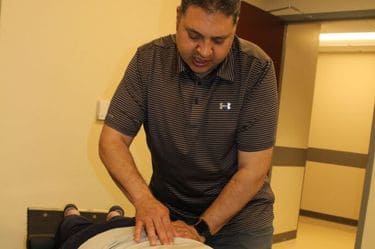 Many City Mission residents suffer from chronic pain and have turned to opioids and other pain-relieving drugs in the past. For many, this led them down the path of addiction and eventual homelessness. “Chiropractic has been proven to be one of the safest alternatives to decrease pain naturally, without drugs or surgery” he explained. Dr. Carr, who was last year’s recipient of City Mission’s Volunteer of the Year Award, saw the potential for chiropractic services to not only relieve the pain of City Mission residents but potentially change their lives.

Your Kids Can Be Mish Kid "Fun"raisers this Summer! 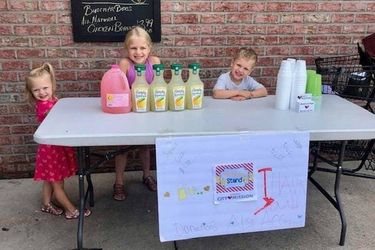 Your kids can choose one of our fundraising ideas...Lemonade Stand, Bake Sale, Car Wash or Yard Sale. Mom, Dad, Grandma or Grandpap can pick up a Mish Kid "Fun" raising Kit at City Mission. Call at (724)-705-7122. Please provide your email address, so we can send you a digital copy of your event flyers. 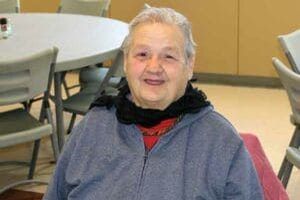 Sherry lives in the Washington community, within walking distance of City Mission, and though she has never been a resident, she comes almost daily to eat meals, attend chapel services, visit with friends, or pray with residents and staff at the Samaritan Care Center, City Mission’s community outreach. 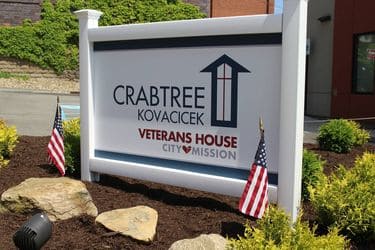 LCpl Kovacicek was deployed to Iraq in March 2005 with the 3rd Battalion 25th Marines Kilo Company. On Sunday, July 10th 2005 in Hit Iraq, LCpl Ryan Joseph Kovacicek was killed in combat. He was 22 years old when he made the ultimate sacrifice for his country. He will always remain young in our hearts.

Last year, Dr. Crabtree’s generous donation helped make the Crabtree Kovacicek Veterans House become a reality, and because of that, City Mission is now able to help homeless veterans in a way we never were before. “I’m happy to be able to give to the Mission because I know that the money is being used to do important and meaningful work. Dr. Crabtree has been a professor of psychology at Washington and Jefferson College for 44 years and a practicing psychologist in Washington County for over three decades. He and his wife, Mary Paige Pillow, have been active financial supporters of the Mission for over 25 years, and he has been a board member for the last three. 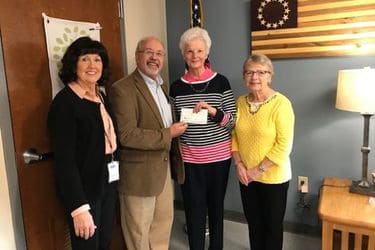 On Saturday, January 26, the Lone Pine Ladies Golf Association hosted its fifth annual chili cook-off. All proceeds from the event were donated to City Mission in support of the Crabtree Kovacicek Veterans House. In addition to funds raised at the cook-off, the members of the Ladies Golf Association also collected boxes and boxes of personal items for the veterans, including towels, socks, toothpaste, deodorant, pillowcases, and 22 sets of bed sheets for the 22-bed facility. 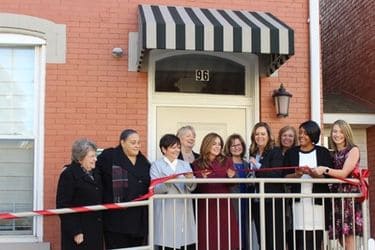 On October 25, 2018 friends and supporters of City Mission gathered to celebrate the Grand Opening and Ribbon Cutting ceremony at the newly renovated Women with Children's Shelter. We are excited and grateful for the newly renovated facility and the opportunity that is available for Women with Children in need to receive programs and services that will change their lives! County Commissioner Diana Irey-Vaughan was the guest speaker at our event. Please read her moving and inspiring words as she calls us all to action to help women and children in our community. 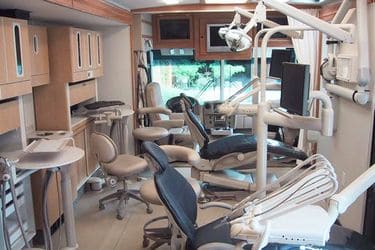 The Cornerstone Care Mobile Unit is parked at City Mission several days this week providing Dental Services to our residents. The mission of Cornerstone Care is to improve the health of its patients and of the residents of the community with special concern for the medically under-served and low-income populations. 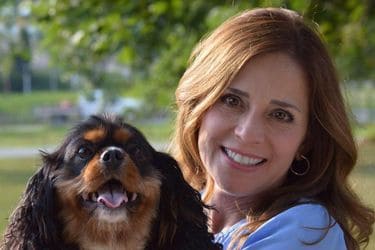 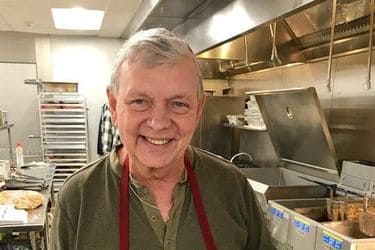 In 1993 a friend invited Tom Kwiatkowski to go to Billy Graham’s last crusade in Pittsburgh. When Reverend Graham gave the invitation to come to the altar, Tom got out of his seat and went forward. That night he prayed the sinner’s prayer with thousands of other people. On the ride home from the crusade his friend asked how he felt, and his response was that he was tired. Two days later Tom picked up the Bible to read and opened to the gospel of John and the story of Doubting Thomas. His eyes fell on the words of Jesus, “Don’t go on unbelieving but believe.” When Tom read thos 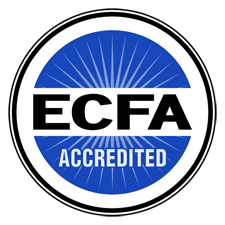